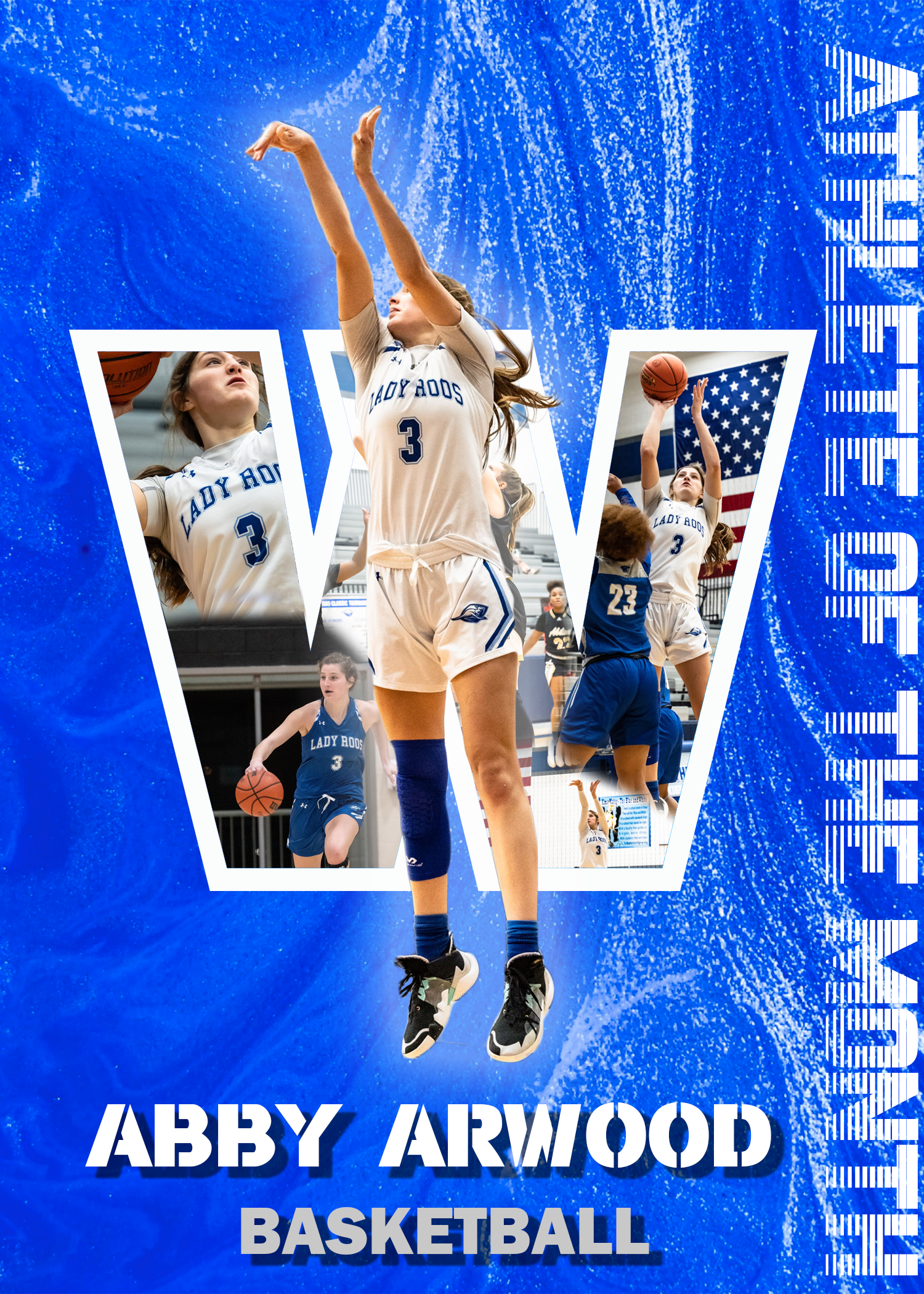 Senior Abby Arwood leads the Lady Roos in scoring, rebounds, assists, and steals. Abby switched positions midway through the year from post to point guard in order to help the team, even though she hadn’t ever played the position. She is a three-year starter and the only returning starter from last year’s team. She was named to the all-tournament team at the Lady Roo Basketball Christmas Classic. Abby has a 3.7 GPA and is ranked in the top 15%. She wants to play basketball in college but is undecided on where to go. 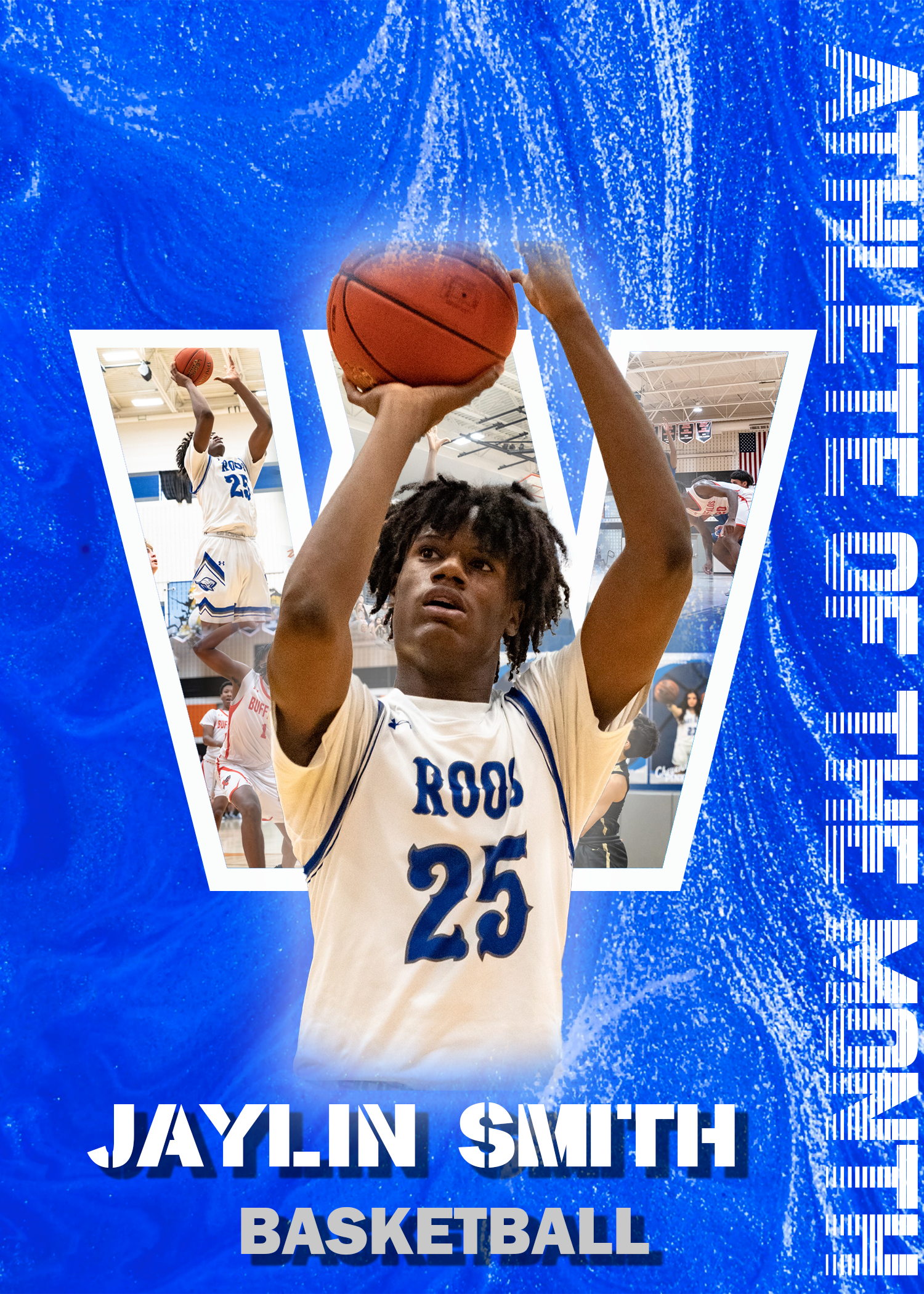 Jaylin Smith is a junior basketball player at Weatherford High School. Jaylin is a post player who leads the Roos in points, rebounds, and blocks. He was named to the all-tournament team at the Roo Classic tournament. Jaylin recently had eight blocks in a district win over Paschal and is helping lead the Roos to their most successful season in the past five years. Jaylin still has his senior year ahead of him but he plans on playing basketball at the next level after graduation. 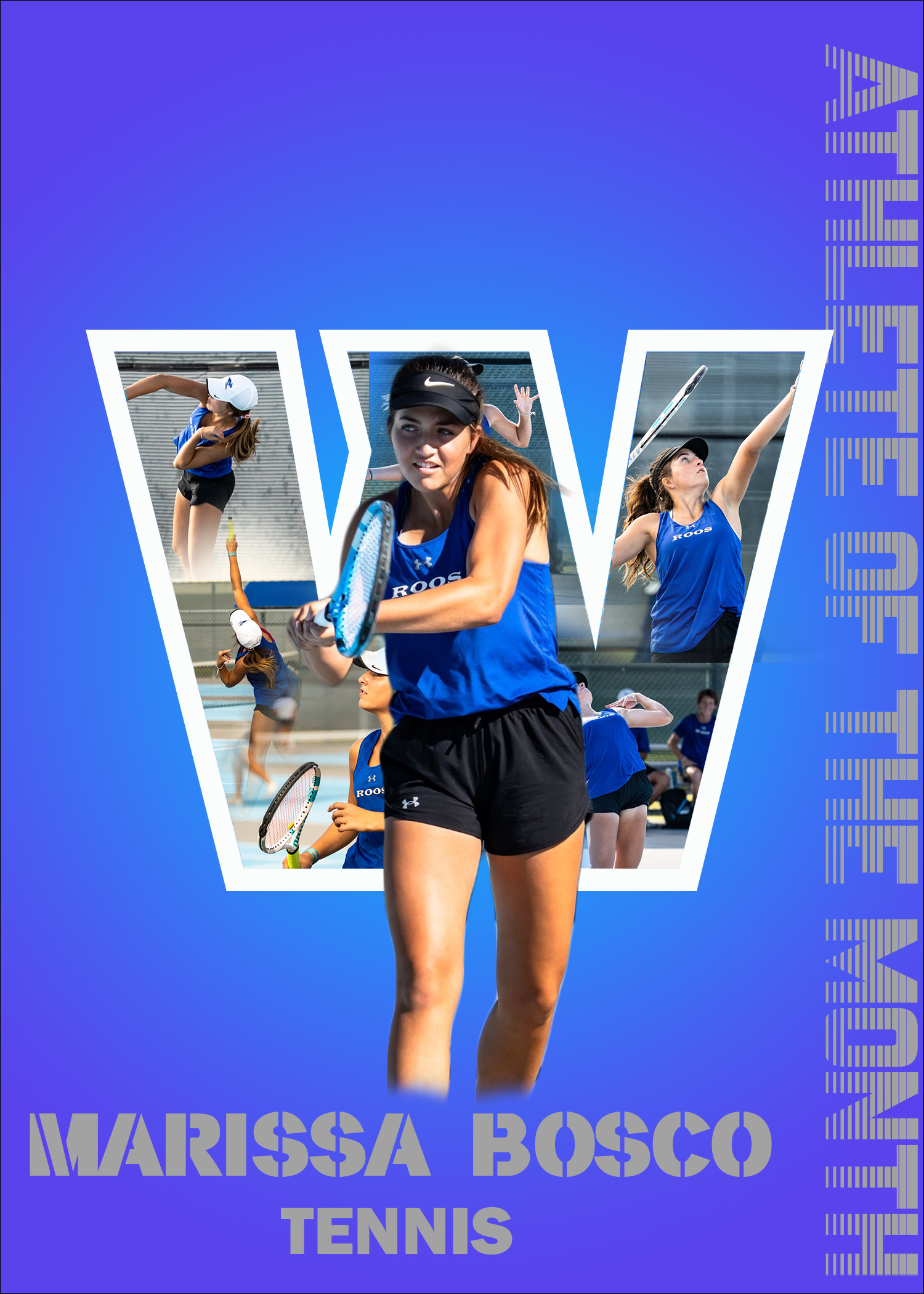 Marissa Bosco is a junior tennis player at Weatherford High School.  This fall she finished with a record of 6-1 in singles, 7-0 in doubles, and was 13-1 overall.  She was named the District 3 6-A Girls MVP along with being named to the 1st team for singles and doubles.  Marissa has been on varsity since her freshman year and this year was named team captain playing as Weatherford’s #1 player.  Marissa is ranked first in the junior class with a weighted GPA of 4.41.  She is a member of SNHS, NHS, NTHS, and FCCLA and plans on attending college to major in architecture and interior design. 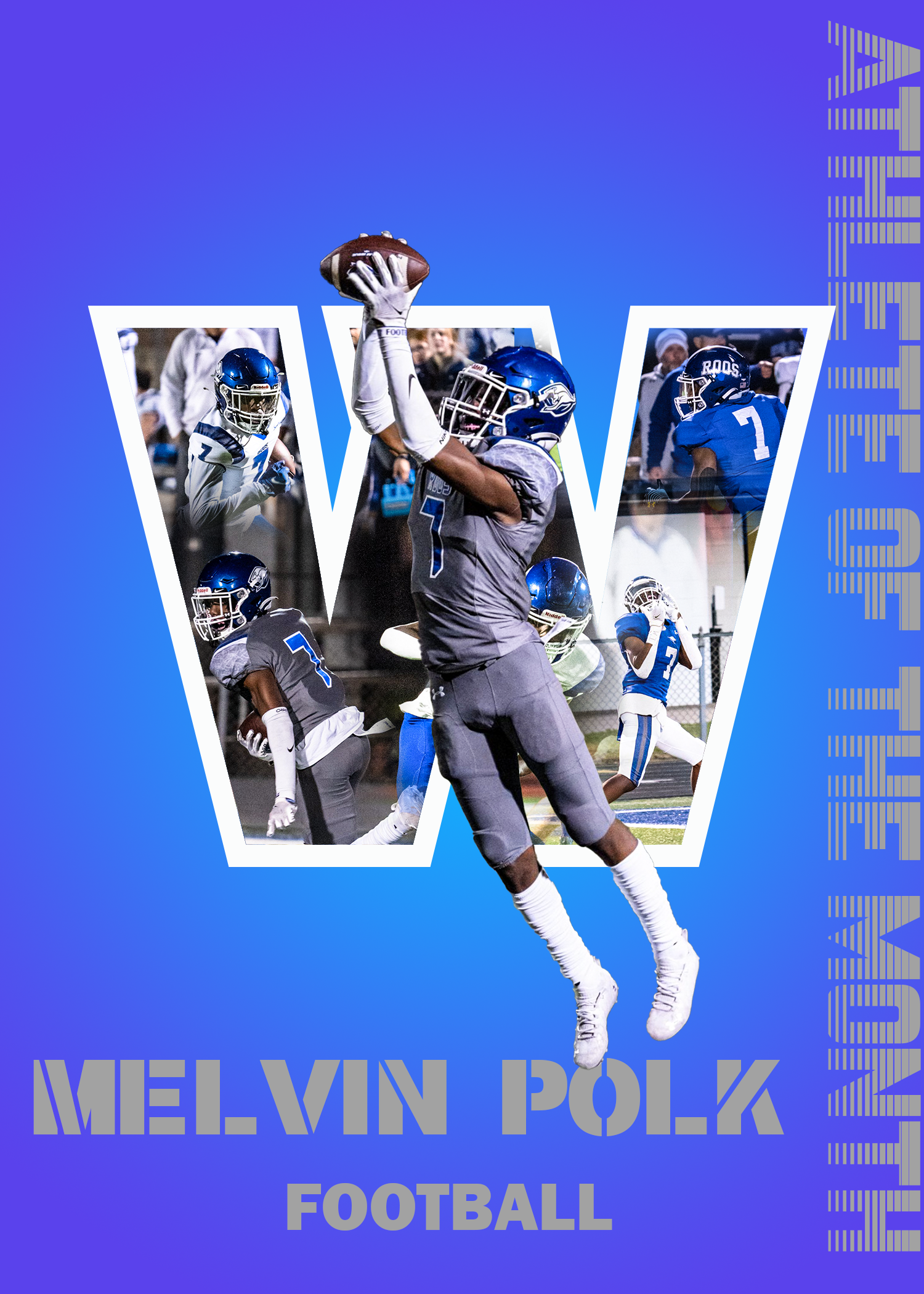 Melvin Polk is a junior football and track athlete at Weatherford High School.  Melvin is a wide receiver and defensive back for the Roos and was recently named to the 1st team all-district team.  He finished the year with 40 catches for 687 yards and four receiving touchdowns.  He also ran for 116 yards on 19 carries with a touchdown and threw for two more touchdowns.  In the playoff game vs Byron Nelson, Melvin started and played both ways – throwing a touchdown on offense and coming up with an interception on defense.  Melvin has a 3.7 GPA and plans to play football in college.  Currently he has offers from Liberty, Florida Atlantic, and Texas State. 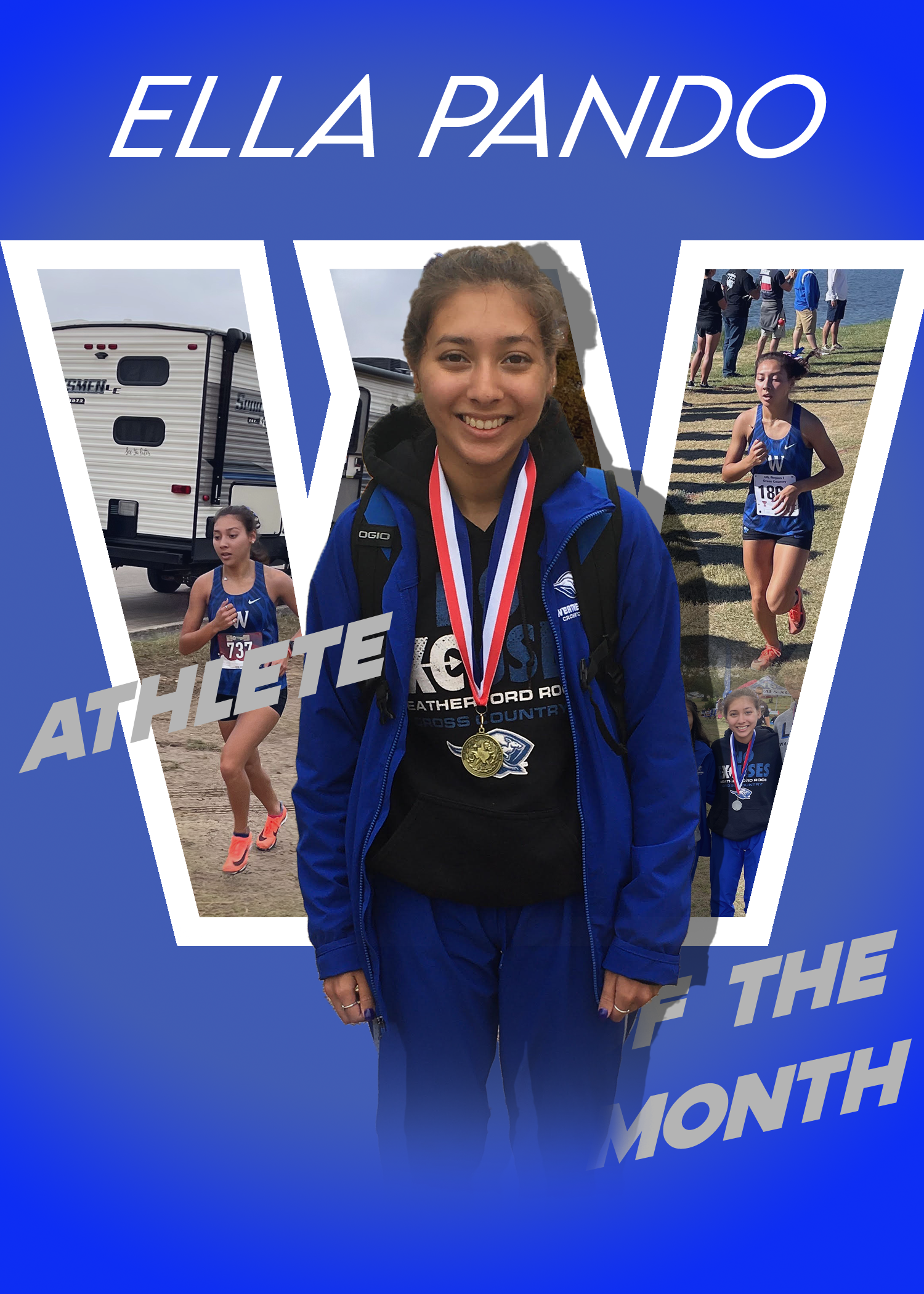 Ella Pando is a senior member of the cross country and track teams.  Ella has competed at the varsity level all four years of her high school career and was an individual qualifier for the regional meet each of those years.  She was back to back district champion her junior and senior years.  She qualified for the state meet her sophomore year and finished in the top 25 at regionals her sophomore, junior, and senior seasons.  Ella has a 3.86 GPA and is currently ranked 76th in her class.  Ella has committed to run for Midwestern State University in Wichita Falls. 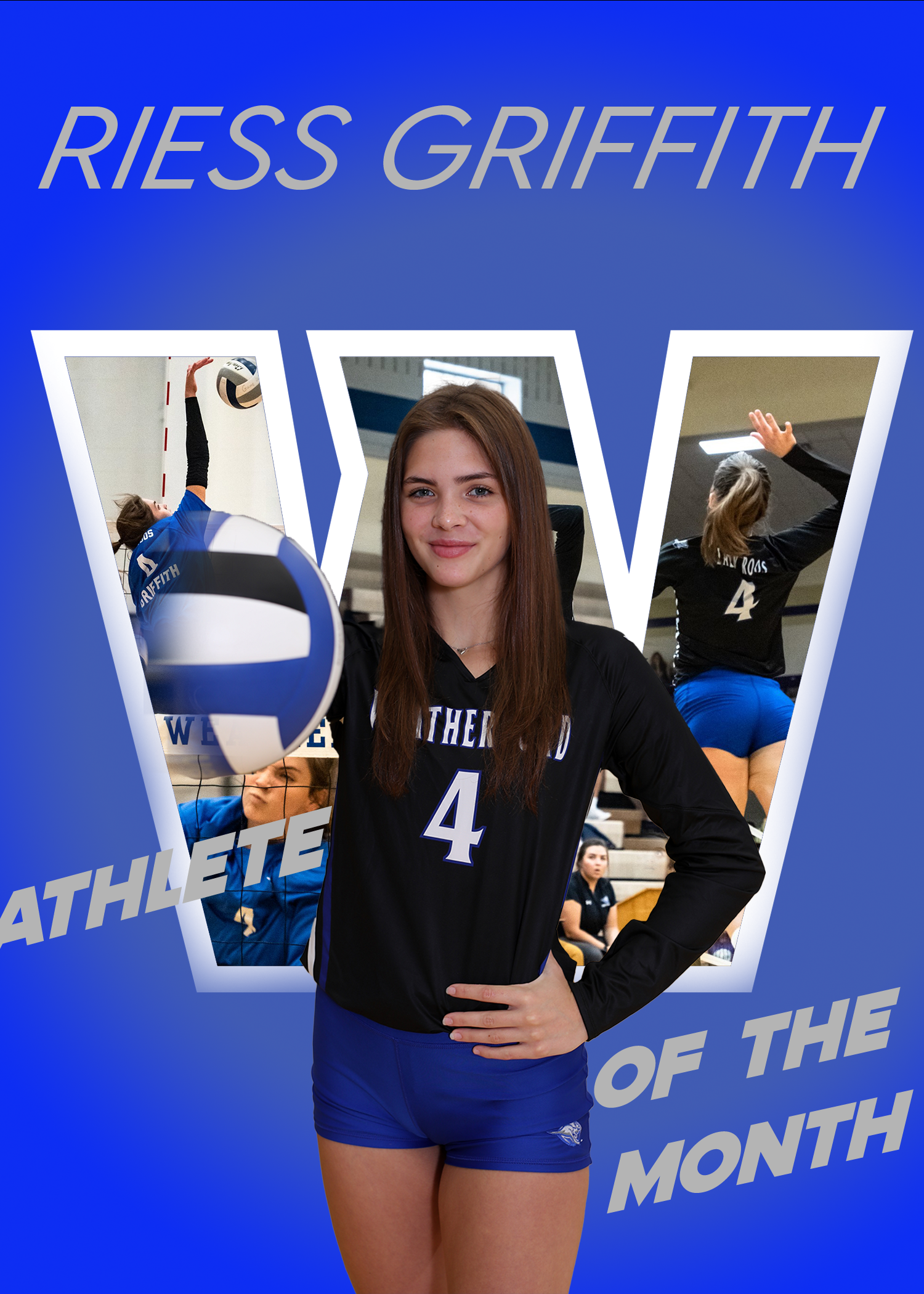 Riess Griffith is a junior member of the Lady Roo volleyball team.  She is an outside hitter and set a school season record for kills at 486 and counting.  She is averaging a whopping 3.8 kills per set.  She is in the top three on the team in kills, aces, blocks, sets played, and attacking percentage.  She helped lead the Lady Roos this year to the playoffs and the second seed in district 3-6A.  She has a 3.96 grade point average and ranked 34th in her class.  She is undecided on where she will attend college but plans to play volleyball at the next level. 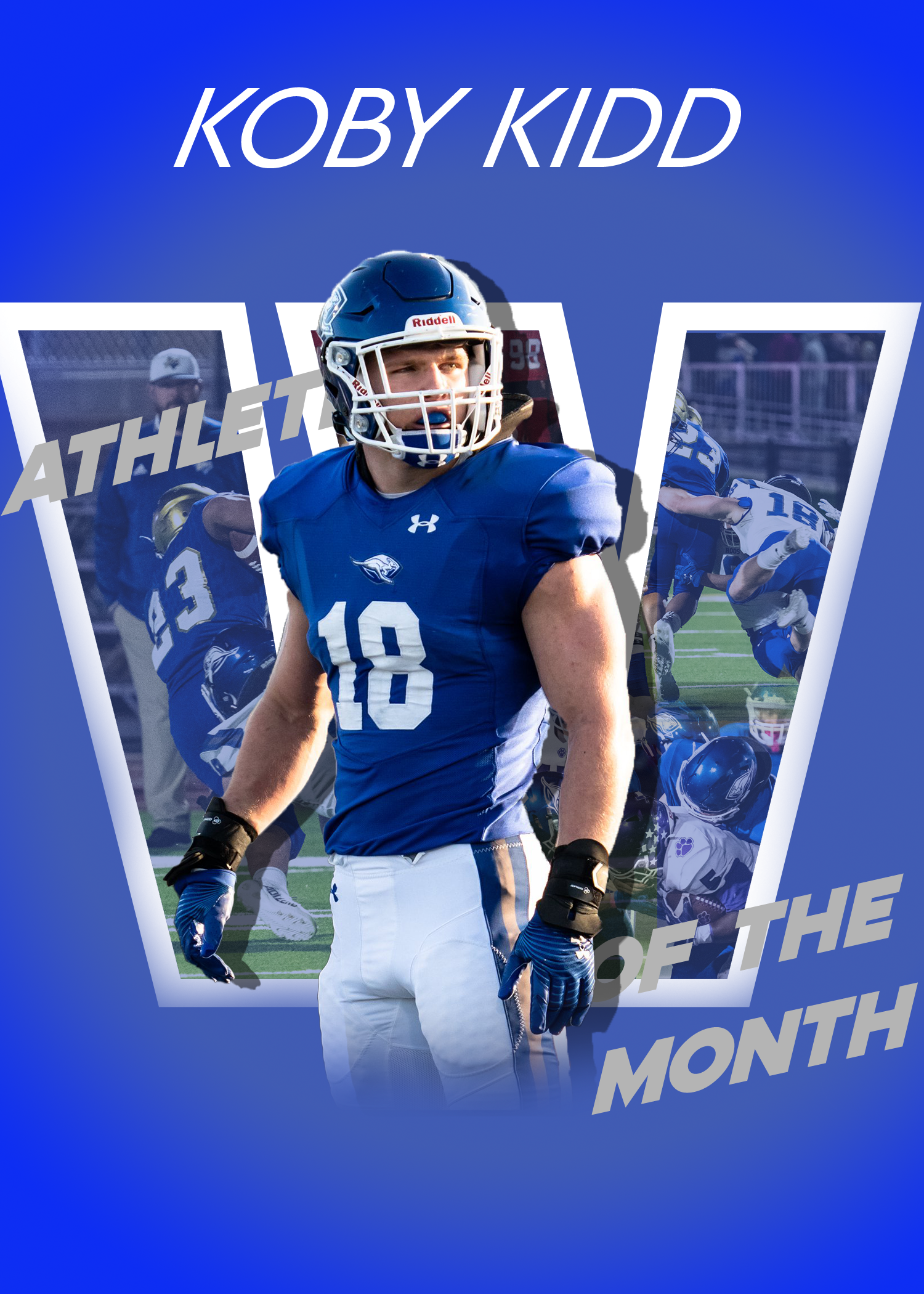 Koby Kidd is a senior member of the Roo Varsity football and wrestling programs.  Koby is a linebacker and leads the team in tackles for the third year in a row.  He currently has 92 tackles in seven games played this year.  Against Trinity he had 18 tackles against the top ranked offense in the district.  Koby was named Defensive Newcomer of the Year and 1st Team All-District linebacker as a sophomore and was the Two-Way MVP of the District last year as a junior.  Koby is also a member of the Wrestling team in which he was a state medalist as a sophomore and is ranked in the top five currently in the state pre-season rankings.  Koby is committed to the Air Force Academy and has plans to be in the Secret Service one day. 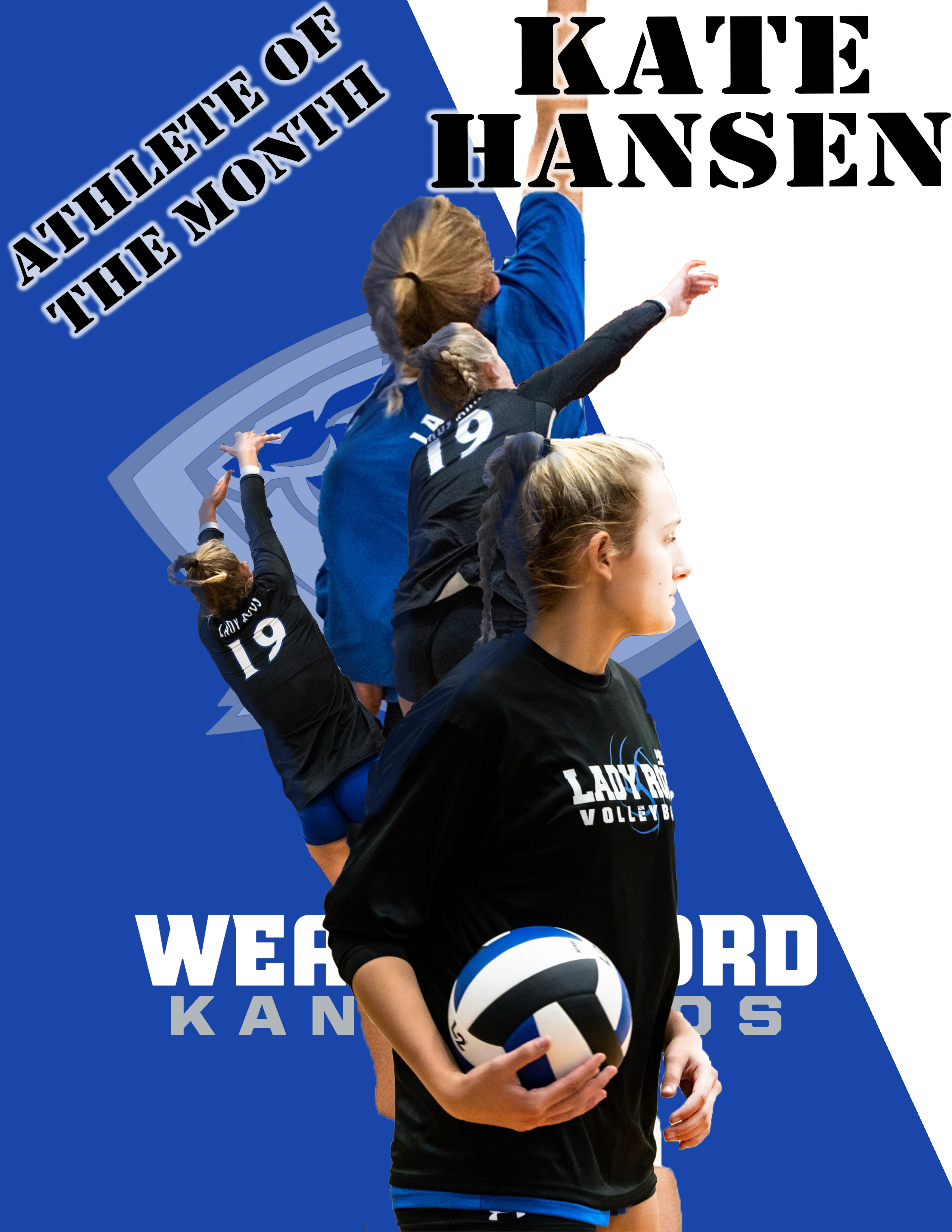 Kate Hansen is a junior volleyball player and team captain for the Lady Roos.  Kate is the team leader in blocks with 120 and kill percentage at 34.2%. She is second on the team with35 aces, 258 digs, and 320 kills. Her 3.8 blocks per match is tops for the entire DFW area.  This overall performance from Kate makes her an invaluable member of the volleyball team.  She has a 3.5 grade point average and is planning to pursue a career in the medical field.  Kate has recently committed to TCU to play volleyball in the fall of 2023. 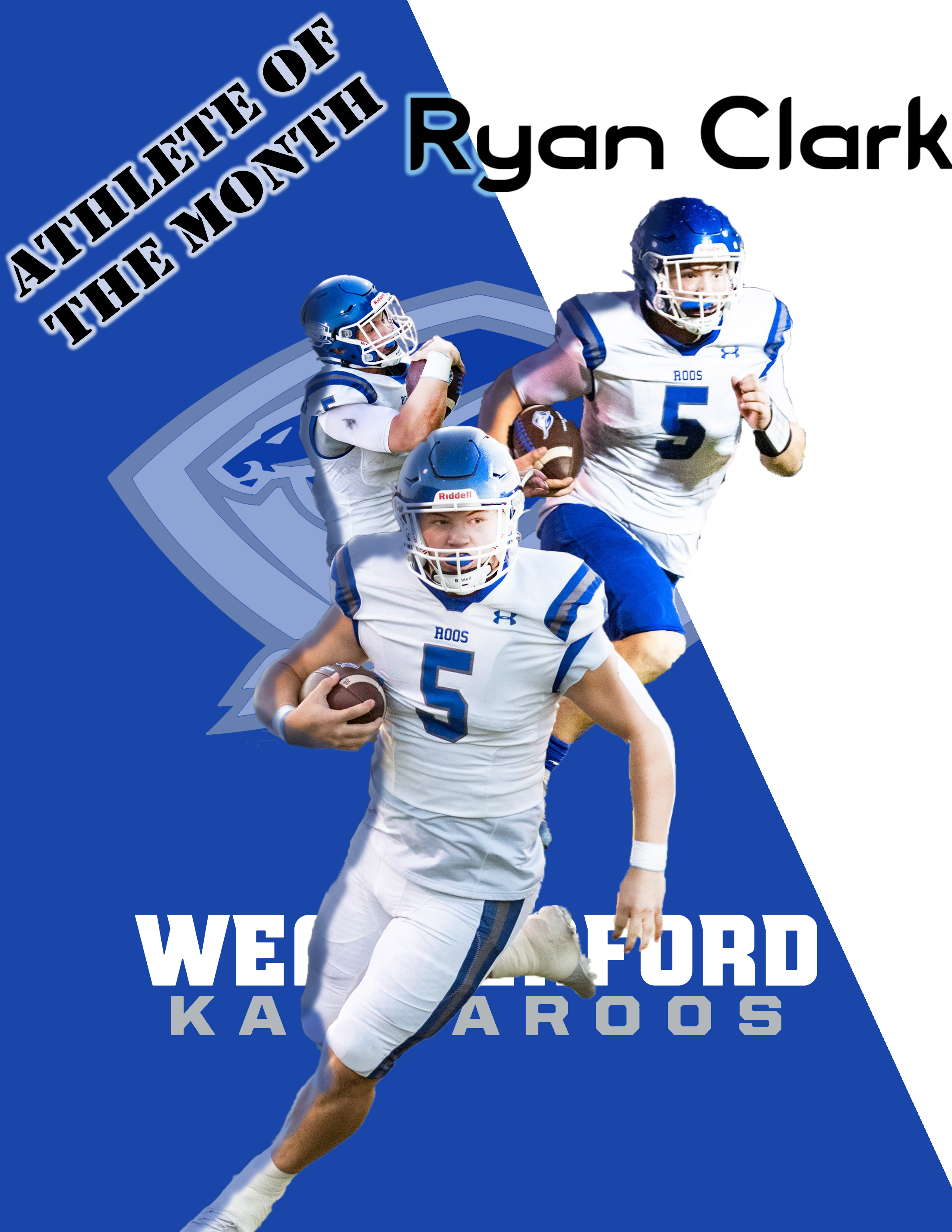 Ryan Clark is a junior quarterback for the Kangaroo football team who has helped lead the team to a 3-1 record through the first month of the season.  Ryan leads the team with 401 yards on 47 carries averaging 8.5 yards per carry and 12 rushing touchdowns to go along with 40+ broken tackles.  Through the air Ryan is 34 for 62, passing for 547 yards and four touchdowns, three of which are 50+ yard completions.  Ryan is also a member of the basketball and track teams and is in the Chess Club.  Ryan has a 3.5 grade point average and plans on playing football in college. 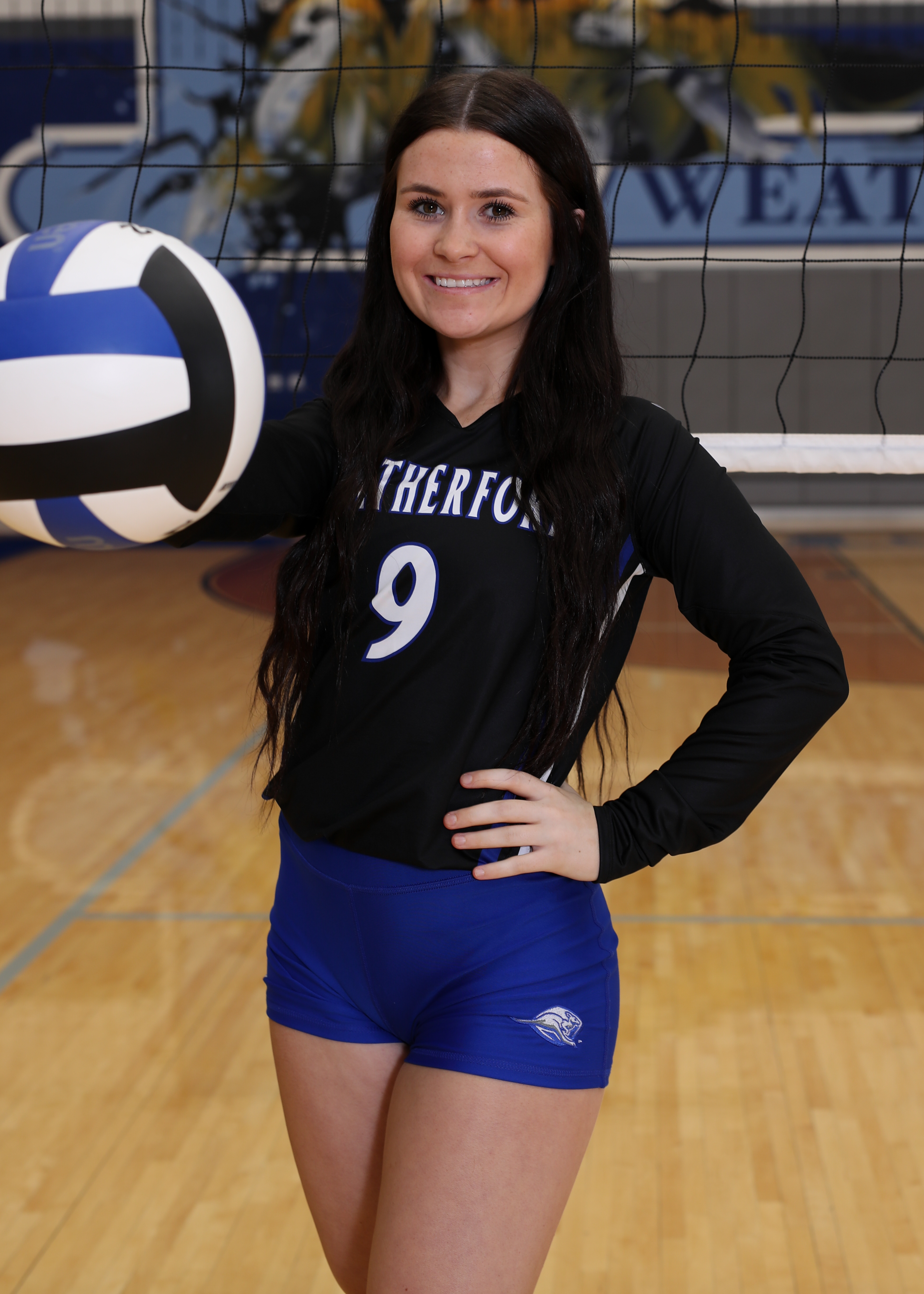 Keegan O’Connor is in her third year as a varsity starter on the state ranked Lady Roo Volleyball team.  Earlier this year she broke the career school record for digs and now has over 1,500 and counting as this season’s team leader. She is also third on the team in aces, third on the team in assists, and she leads the team in passing at 2.12 (on a 3.0 scale).  She was recently named an AVCA All-American and played this past summer in the TGCA All Star Game for rising seniors.  She also has a 4.1 GPA and is ranked 35th in the 2022 senior class.  Keegan was unanimously voted team captain by her teammates and aspires to play volleyball at the next level. 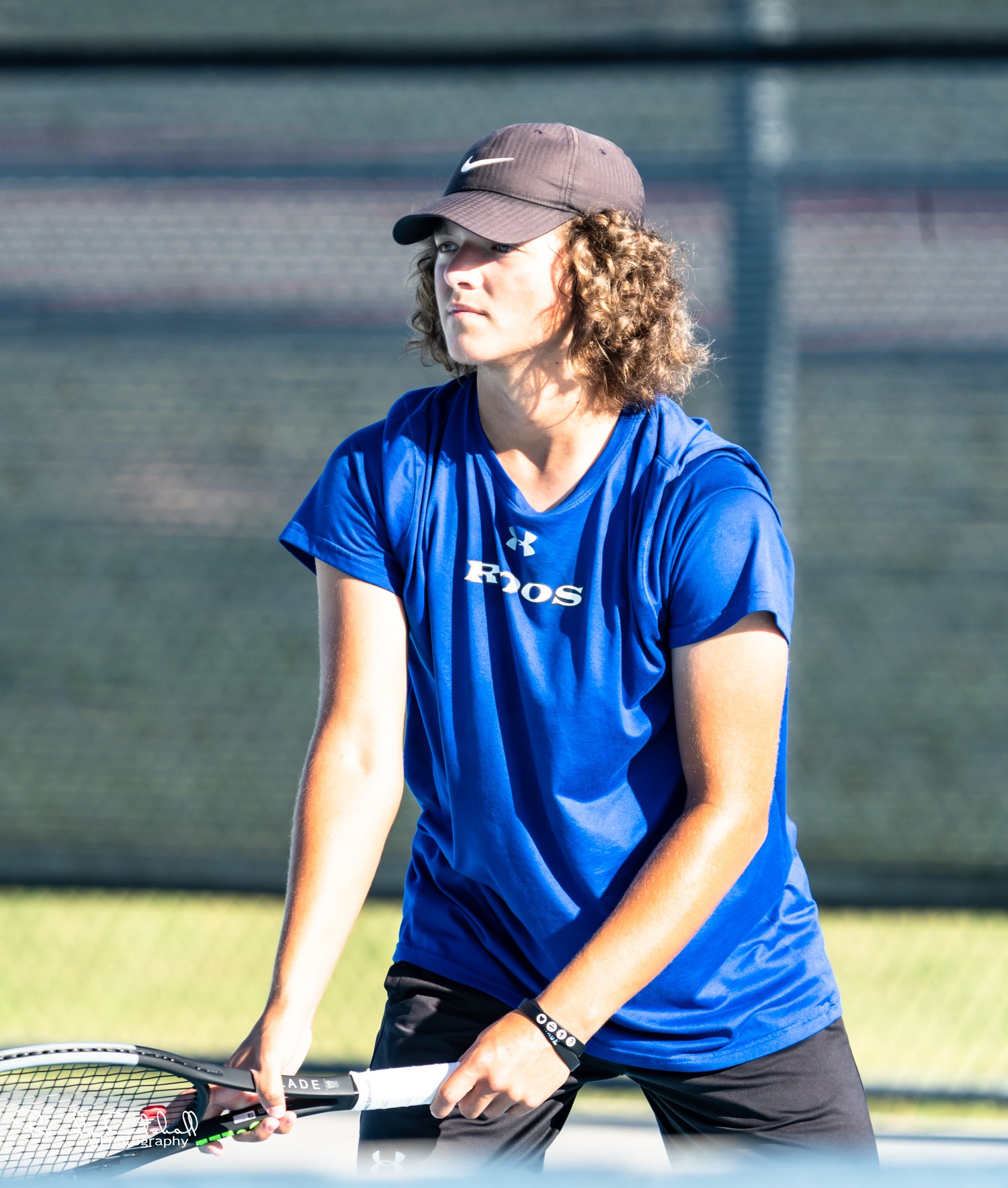 Austin Markwardt is a senior and #1 tennis player on the Roo Tennis Team.  As returning District MVP and four-year letterman Austin has been a dominate force and a great leader on the court this season. He is leading the team in singles and doubles wins as well as scoring. He is 6-3 in both singles and doubles competition. Two of these losses came to top tiered players in the state in two very closely contested tie break sets.  Since those losses he has dominated his competition winning straight sets with a combined scoring of 72-25, reeling off six straight singles and doubles matches. Austin is ranked in the top five of his class academically and plans to attend Texas A&M University in the fall of 2022.