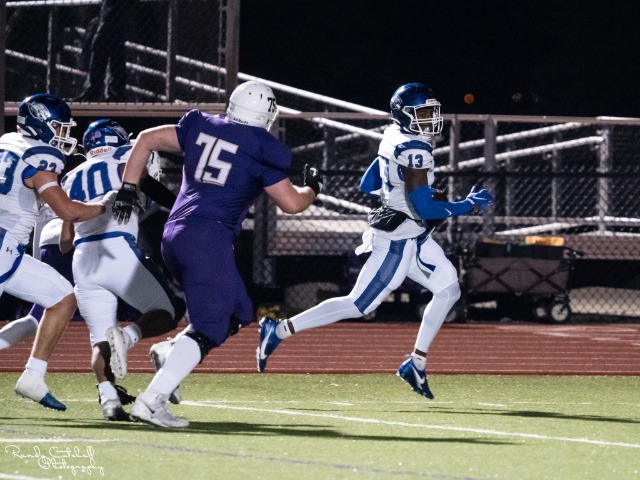 The Bearcats’ offense is a well-oiled engine, with its main two pistons being RB DeMarco Roberts and wildcat JoJo Earle. Either player could have won this superlative award on his own. Both provided highlight reels and game-changing plays on a weekly basis.

In the first playoff game, Roberts blocked a field goal and ran it back for a touchdown. In a recent semifinals game, Earle scooped up a punt on a hop and raced 83 yards for a TD. In that game, Roberts and Earle combined for all seven of the team’s touchdowns.

Roberts signed a letter of intent to play at Lamar University, Earle signed with the Crimson Tide at Alabama, and both will leave Aledo fans with a ton of good memories.


Offensive Player of the Year

This TD machine’s lofty numbers attracted attention from colleges nationwide, including the Georgia Bulldogs, a team whose previous running backs include Todd Gurley and Herschel Walker. Jones showed a dogged running style with wide vision and quick jukes but was just as valuable on defense and special teams. His bruising runs helped push the Eagles three-deep into the playoffs before losing to Jim Ned in a close game. The loss stunned Brock, but did nothing to tarnish the sterling season by Jones and gang.


Defensive Player of the Year

Caston played like a honey badger, sniffing out the ball and making big hits. He was a deciding difference in several games while logging tackles and interceptions, helping the Kangaroos make the playoffs for the third year in a row. Though defense is his specialty, the well-rounded Caston tallied more than 300 yards of offense and 5 TDs and even threw a TD pass. Baylor saw the potential — Caston has committed to play with the Bears in Waco in 2021.

Special Teams Player of the Year

Before the first game was played this season, Springtown Head Coach Brian Hulett declared Hall as the nation’s best high school punter/kicker combo. The 6-foot 7-inch Hall backed up his coach’s compliment by averaging more than 43 yards a punt and kicking 50 of 51 PATs and a dozen field goals to score 86 points and earn the District 4-4A Special Teams Player of the Year award. Several Division I colleges came courting. Hall chose SMU.

The First-Team, All-District QB threw for 1,640 yards and 14 TDs and ran for 400 yards and seven scores in Peaster’s debut season of UIL football competition. He did it with a new coach — his dad, Gary McElroy — while trying to implement a fresh system despite a pandemic-shortened season. Few people expected the Greyhounds to win many — or any — games. Instead, Gunner led the team to three victories, came close to beating Ponder in overtime and lost to Bowie by a mere two points.

When he wasn’t guiding the offense, he was flying around the defensive backfield as a safety, recording 59 tackles and 2 INTs.

Defensive Newcomer of the Year

Maybe “newcomer” is a stretch for Kidd since he was a powerful presence on the Kangaroo defense as a sophomore. This year, however, he removed any doubt that this master tackler is set to lead the Roo defense into 2021.

Kidd logged 134 tackles, including 95 solo takedowns, and two tackles for losses, a broken-up pass and a fumble recovery. He’s averaged a dozen tackles a game for two years while also filling in at blocking fullback on offense.

Utility Player of the Year

The stadium announcer must have grown tired of saying Lockard’s name — he recorded 97 tackles along with sacks, interceptions and fumbles both caused and recovered on defense while doubling as an offensive receiving standout with 42 receptions for 654 yards and 10 TDs.

Kerbow, the sure-tackling cornerback and defensive leader was asked to fill in at QB after Ryan Clark and Major Youngblood were injured. Kerbow started three games and led the Roos to a 30-7 victory over Boswell that helped secure a playoff berth.

Coach of the Year

Hulett entered 2020 guiding a roster filled with young players — only seven returning starters — and limited practice time to prepare due to COVID-19 restrictions. The Pines faced a brutal schedule that included powerhouses Decatur and Midlothian.

Hulett crafted a system to employ multiple game plans and rely on the poised leadership of big, smart and skilled QB Camden Chesney.

The Pines lost their season opener and faced a fired up Graham in Week 2. The season could have gone south in a hurry, but the Pines prevailed over Graham 19-14, won their next seven games and earned an area championship before losing to the defending state champs in a tight semifinals match.

QB: Camden Chesney, senior, Springtown — district co-MVP threw for 3,000 yards and 35 TDs with a QB rating of 111.8 and led the Porcupines to a 24-5 record in his junior and senior years with semi-final and quarter-final appearances

QB: Lawson Nairn, junior, Millsap — totaled more than 2,200 passing yards and ran for another 300 while leading the Bulldogs to the playoffs

OL: Kadyn Mathews, senior, Brock — anchored an OL for a team that averaged 529 yards and 54 points per game

QB: Major Youngblood, junior, Weatherford — took over from starter Ryan Clark, threw for 837 yards and 6 TDs and kept the Roos in the race for a playoff berth before being injured himself

WR: Seth Robertson, junior, Weatherford — his numbers aren’t lofty, but he caught passes at crucial times to help the Roos make the playoffs

LB: Sam Forman, senior, Aledo — would have made first-team if not for a shoulder injury that cost him four games

LB: Dakota Strahan, senior, Springtown — held down the outside

(An * denotes a player who was worthy of selection, but whose stats weren’t the determining factor.) 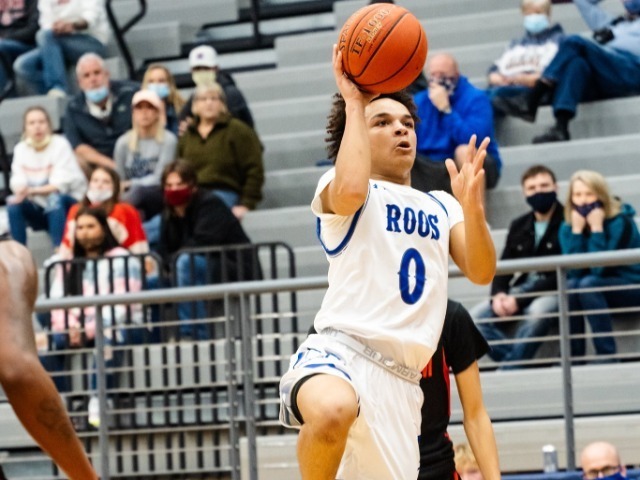 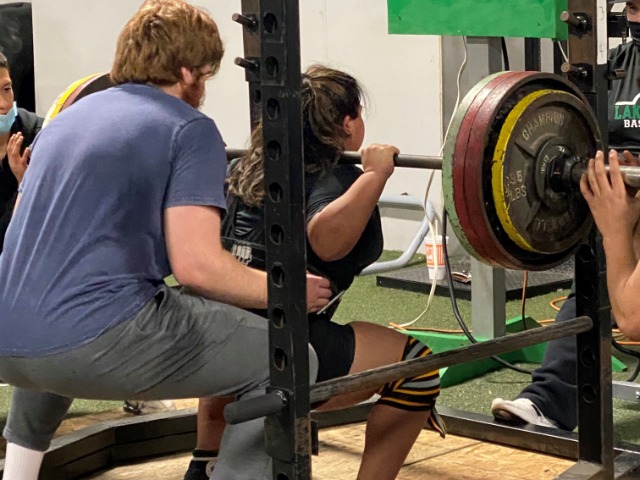 GIRLS POWERLIFTING HAS FIRST MEET AT LAKE WORTH 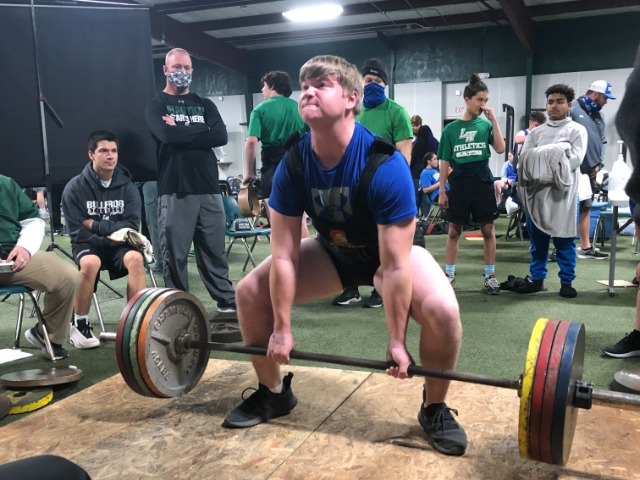 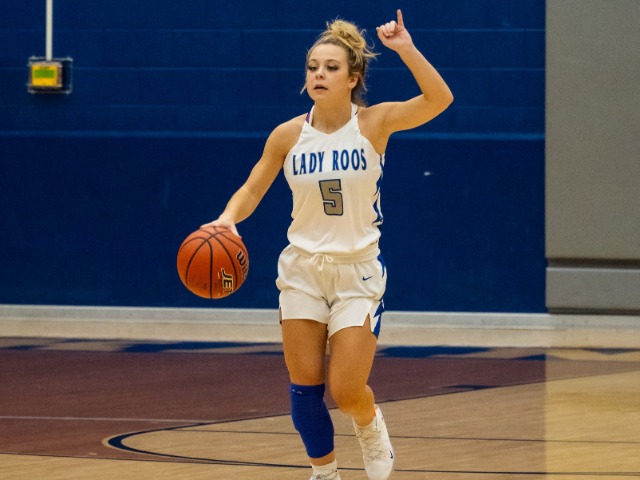