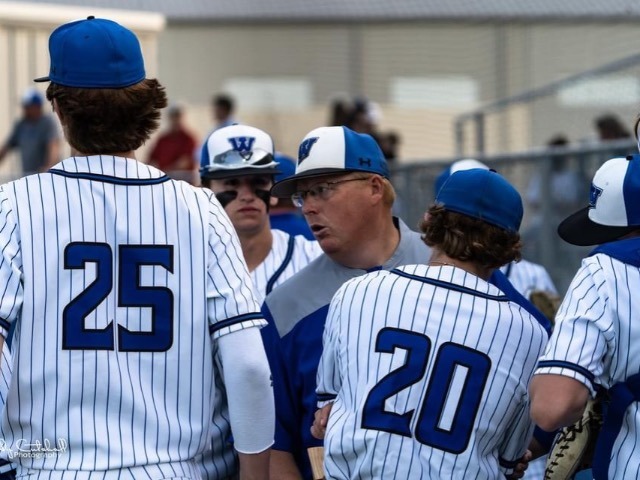 Head baseball coach Jason Lee won his 100th game as head coach last week. The team and coaches presented Coach Lee with a bat and holder to recognize this.
Coach Lee is in his sixth season as a head coach of the WHS Baseball program. This is Coach Lee’s 20th year on the Kangaroo coaching staff and his 19th year with the varsity team. He was a 3 year letterman in baseball at Robert E. Lee High School in Tyler and played two years each at Tyler Junior College and Abilene Christian University, where he graduated in 1999 with a degree in Exercise Science and Health. Coach Lee is married to Audra Ruston from Boerne, Texas. They have two daughters, Lynsey and Lauren. Coach Lee led the Roos into the third round of the playoffs in his first season as head varsity coach in 16-17 and then to the second round in 17/18. He is honored to be able to continue to coach a program with such great tradition! 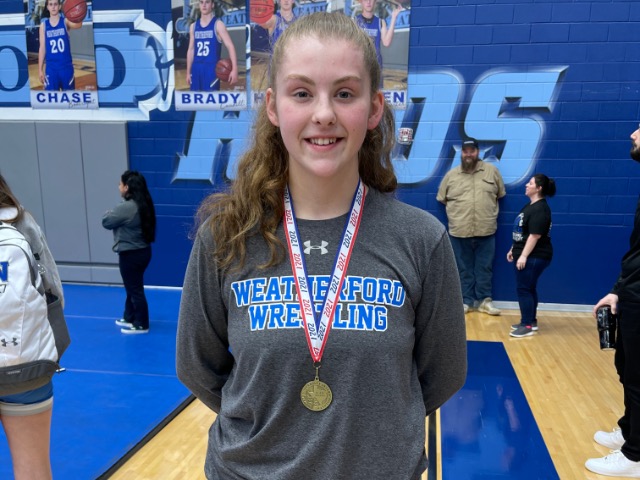 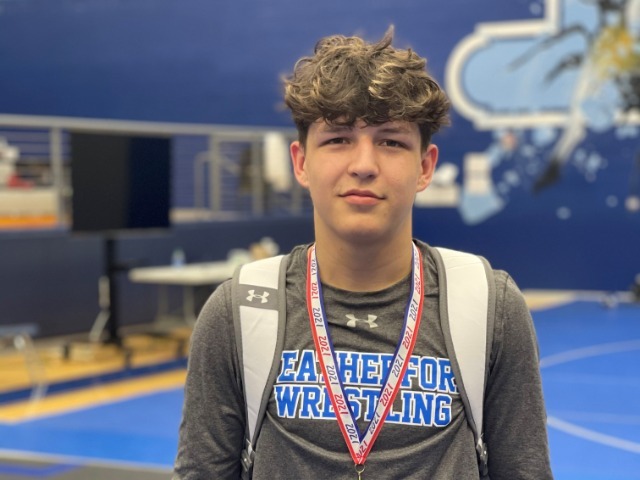 WOODWARD DOMINATES AND THE TEAM TAKES THIRD AT DISTRICT 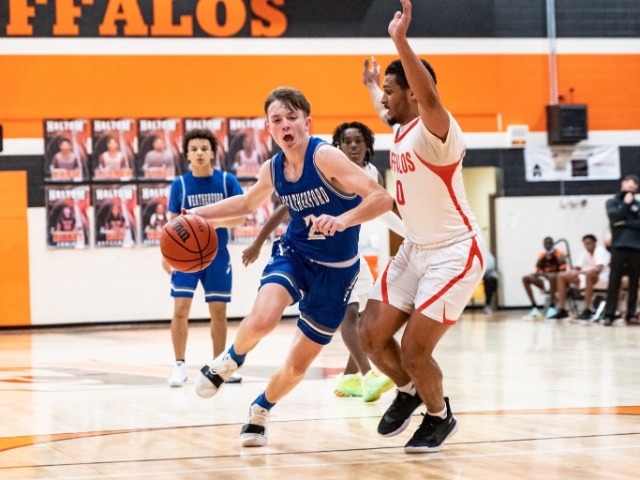 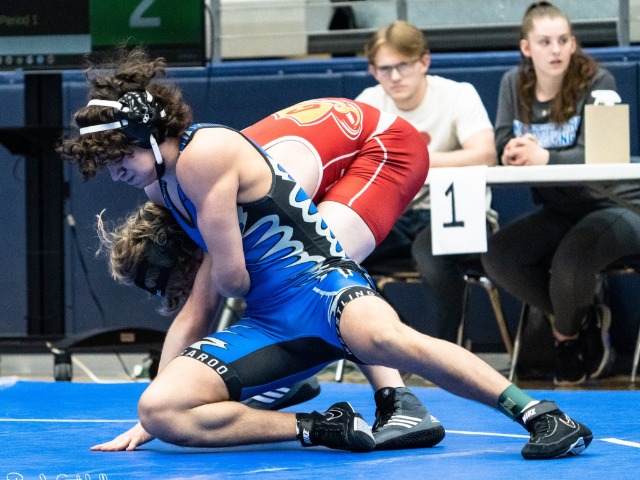